Welcome to the second installment of Wednesdays for Women! Here, I discuss, in brief, awesome/ zany/ inspirational women oft-neglected, despite their brilliance in the conventional history book. Last week kicked off the series with the entrepreneurial Bertha Benz and her distinction of being the first person to drive long-distance in an automobile. This week, I’d like to introduce you to the European woman who introduced the first successful cesarean section to Cape Town (and possibly all of Africa): James Barry.

Though the C-section crops up intermittently throughout popular mythology (Julius Ceasar, Furbaide Ferbend in the Ulster cycle, not to mention early Babylonian, Chinese, and Indian records), given its low chances of success, it was not established as the standard procedure we think of today until the early 1900s (after a number of developments I cannot comprehend regardless of their listed names). According to Wikipedia, “In Great Britain and Ireland, the mortality rate in 1865 was 85%.” Not the odds I’d want to play if I was a pregnant Victorian.

But, South Africa, at least, was beating to a different drum, thanks to the help of James Barry. Educated at the University of Edinburgh Medical School (with the authoritative help of none other than the Venezuelan revolutionary Francisco de Miranda), Barry passed the Royal College of Surgeons examination in 1813. Throughout practice, Barry climbed and descended through the military rankings, rising from a Regimental Officer to an Assistant Staff Surgeon, Medical Inspector, and Inspector General before being demoted to Staff Surgeon (and eventually becoming Inspector General of Hospitals again). Barry’s various assignments under Her Majesty’s Service were just as colorful, serving time in Plymouth, India, Cape Town (working here somewhere between 1815 and 1817 to deliver the cesarean until he departed in 1828), Mauritius, Trinidad and Tobago, Saint Helena, Malta, Corfu, Crimea, Jamaica, and finally Canada. In this sense, you’d call Barry a colonial man, if she weren’t a woman. 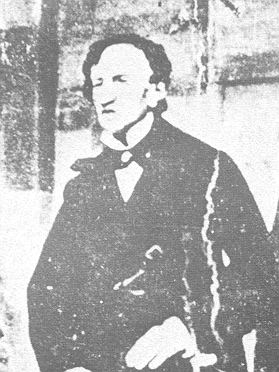 Known as Margaret until her departure for medical school, Barry assumed the name John to accompany her mother as a gentleman on their voyage to Edinborough. It is unclear how she was accepted to school, and if this ruse had long been the plan of the family (with Miranda’s help). Nevertheless, Margaret continued to maintain this secret for her entire life.

It was only after she died that the char-woman attending her body discovered her secret. After rumors started floating around, the Regimental Office contacted the doctor (McKinnon) who had filled out Barry’s death certificate, identifying him as “male.” When consulted, the doctor claimed,

“On one occasion after Dr Barry’s death at the office of Sir Charles McGregor, there was the woman who performed the last offices for Dr Barry was waiting to speak to me. She wished to obtain some prerequisites of his employment, which the Lady who kept the lodging house in which Dr Barry died had refused to give her. Amongst other things she said that Dr Barry was a female and that I was a pretty doctor not to know this and she would not like to be attended by me. I informed her that it was none of my business whether Dr Barry was a male or a female, and that I thought that he might be neither, viz. an imperfectly developed man. She then said that she had examined the body, and was a perfect female and farther that there were marks of him having had a child when very young.”

So good, right? What absolute daring to hide a pregnancy from the entire British regiment. That being said, maybe it was the child’s birth that caused her to run off from St. Helena, fleeing mysteriously to England (causing her aforementioned demotion). Additionally, she was known to have fought a few duels over claims of her effeminacy and to have terrorized Florence Nightingale during the Crimean War. Regardless, Barry’s pluck and subterfuge deserve our adoration, as beyond her introduction of the cesarean, (though it wasn’t recognized at the time) she is technically the first woman ever to receive a medical degree.

For my info on C-sections, see here. More on James Barry here.

P.S. For those who have followed me for a while now, you’ll know that it was in part my obsession with all things Peter Pan that meant I couldn’t resist writing about another “J. M. Barry.” 😉