This post marks the first of my new European, though decidedly British, adventures (rather pathetic, I know considering, as of today I’ve been in school an entire month). Nevertheless, worse things happen at sea. And from here on out, I promise not to ruin any more National Gallery side shots. The week I arrived, I was lucky enough to share my “holiday” with my father and sister. We quickly found that we particularly enjoyed the Notting Hill and Kensington area. Of course, whether or not this sentiment revolves around a certain literary figure’s rendering, it is not a very profound one, as the price tags in the area suggest. Daddy found it particularly peaceful walking through the lines of white houses (each accompanied by well-placed trees). 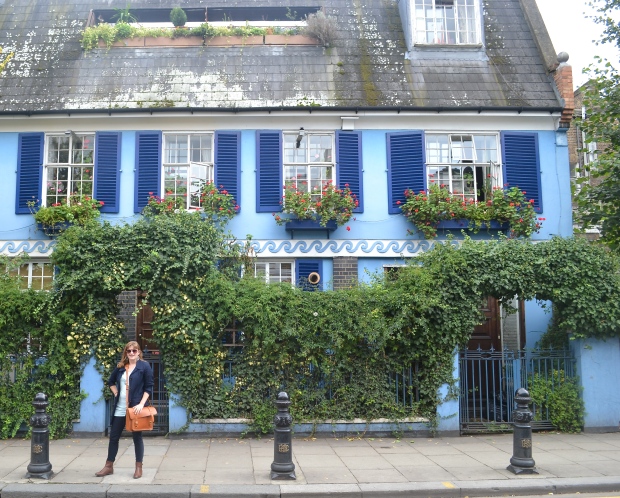 Though everyone seemed to warn us otherwise, I can’t help but love Portabello Road. It’s the source of my tea kettle, opera glasses, meerschaum pipe, crochet parasol, and tweed deerstalker. It was on this road of all places, Daddy discovered the wonder of Tesco (a British value-chain grocery store), and had a minor Baptist revival in the drink aisle when he saw prices listed in pence. All the sudden, his generosity was unbounded: “Girls, you can have anything you want for lunch from this store.”

However, I made us trek onwards to the fabulously eccentric and oh-so-endearing, sinus threat of the century: The Churchill Arms. Covert Thai restaurant extrordinaire. The decor in this place ranges from walls coated with the royal family to bunting and lanyards (and bunting as lanyards) across the ceiling. While I am hardly a Thai food connoisseur, I have always enjoyed theirs and would definitely recommend it if you’re hungry and in the area.

From there, we walked to Kensington Gardens (and subsequently through Green Park and St. James Park, which are connected) in hopes of “walking off our lunch.” While we may not have been successful on that account, we did manage to secure some gorgeous weather (at first). This being Britain, the mere dawning of a new hour brought with it several poignant changes in the moisture level.

The area around South Kensington backs up to another area called “Chelsea,” named such because it is next to the Chelsea Bridge (or so wikipedia says). The Chelsea area encompasses a little bus stop named Sloane Square, and if you walk there, you will find nearly any upscale clothier you may hope to peruse. Chelsea is touched on its other side by Knightsbridge, probably most noted by foreigners for being the home of Harrods and Harvey Nichols. Between Kate living in the area and the Queen shopping there, you can guess it’s pretty nice.

The sidewalks are nice; the stores are nice. The people dress nice (though they are mostly sheathed in black), but there’s an unusually high number of inhabitants that wear flat ankle boots. I couldn’t tell you why this is la mode. Still, accepting that it is, these sort of boots are colloquially known as “Chelsea boots.” Before I found out this sliver of information, I fell in love with the Tommy Hilfiger ones I’m wearing in the picture below. Say hello to my shiny new Christmas gift y’all!

The Boots. The Boy.

Besides the boots, I’m wearing:

It was so fun having my Dad and sister along! It really made for a joyous and entertaining vacation. 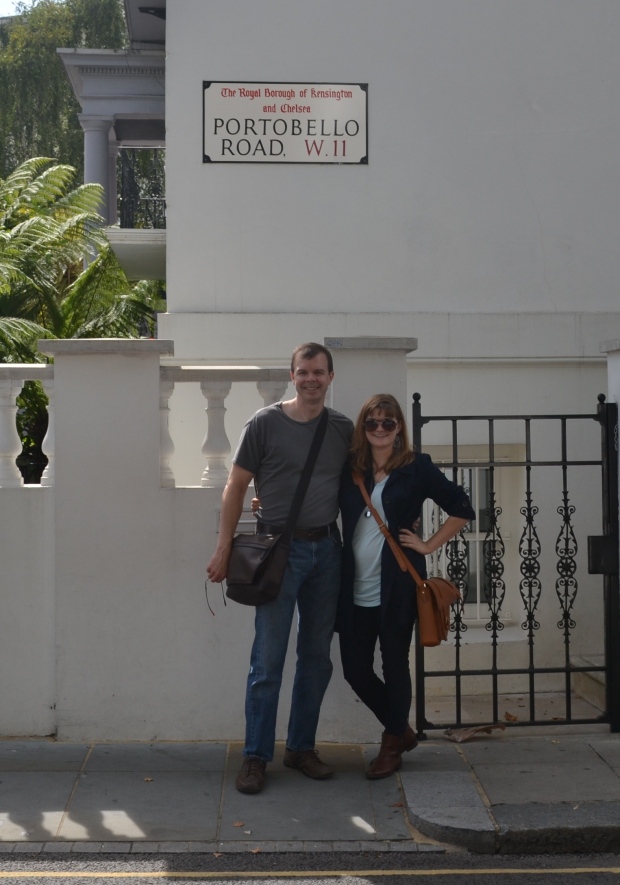