I began this summer obsessed with E.L. Doctorow’s Ragtime, a fact you may be all too familiar with given some of my recent forays into the Edwardian. But besides picking up sartorial cues, I also chanced upon today;s spotlight woman. Let me go ahead and warn you, some fact might meld with fiction.

But if it does, it is no less because of my own rambling imagination than the general chaos that was Emma Goldman’s life. Hoover, after all, called she and her lover, “beyond doubt, two of the most dangerous anarchists in this country.” 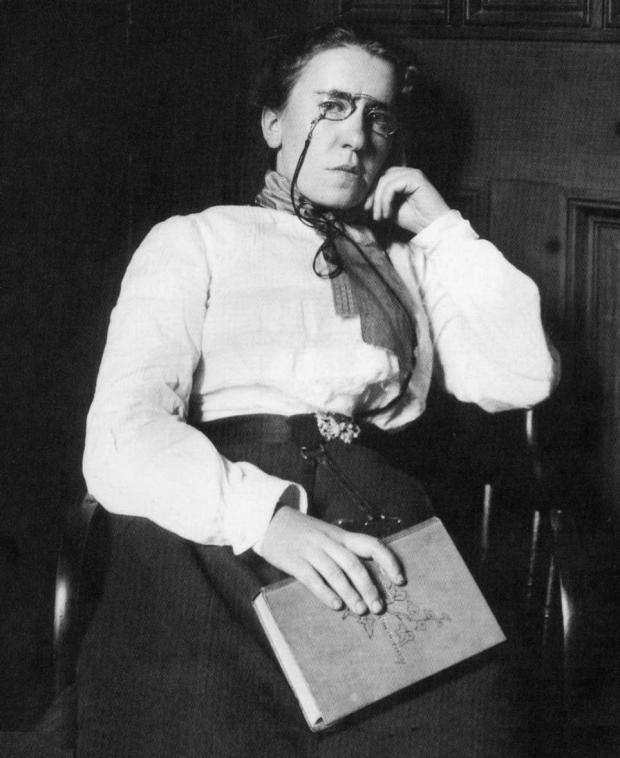 Born in Russia in 1869, Goldman immigrated (though never became of citizen) to the U.S. (along with so many others) in 1885 at the the age of 16. It wasn’t until 3 years later that she would make the pivotal decision that would irreconcilably change the rest of her life. In those three years, she became a seamstress in Rochester and was married. When she discovered her husband was impotent, she tried to leave the marriage on several occasions.. When she finally secured a divorce, her parents threw her out for her lacking moral values. Taking her sewing machine, she left for New York City.

Her first day in New York, she met Alexander Berkman. Whether fate or happenstance, he invited her to the meeting that was to change her life. It was an anarchist meeting, expelling the merits of “propaganda of the deed.” In other words, putting your money where your mouth is. Less talk more game. As you can imagine, this was a particularly dubious proposition when the aim is wildly anti-authoritarian like anarchy.

After a few months, Emma found her voice on stage. Gradually she honed her ideas from those she’d inherited into a rallying cry of the oppressed lower classes. For her deed, she and her equally eccentric, communal-living, life-long, on-and-off-again companion, Berkman decided they would react the the homestead strike. The tldr of the Homestead Strike goes like this: Andrew Carnegie had striking workers, he didn’t like it. He brought in professional “Pinkerton” guards (as they were called) to beat the dissenting to a pulp (9 died). No more strike. Carnegie’s foreman was none other than the now-esteemed collector Henry Clay Frick (such a lovely house on the upper east side, such a stunning collection of European gems). Together, Goldman and Berkman decided to assassinate him and incite the lower classes. However, their ideals were upset when, despite Berkman’s dispatch of three gun shots, he was apprehended, and Frick survived unscathed. 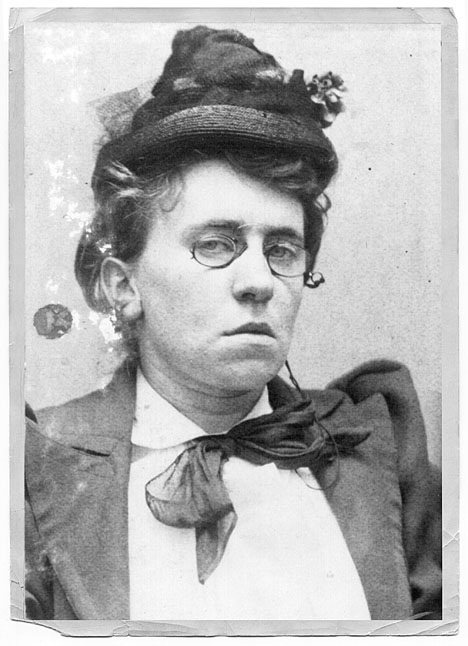 While Emma stood for anarchy. The core of her mission was less about chaos and more about educating and helping the lower classes (or perhaps I am sympathetic). She was a trained midwife and masseuse, and she regularly employed these skills to supplement her meagre anarchist budget. In economic crisis, she preached (basically) communism. Her discussion of these classes “taking things by force” didn’t go over well. Still, this Union Square speech was a historic moment, though with tragic ends. Upon the assassination of William McKinley, the killer claimed that he had been inspired by Goldman, which didn’t really do her any favors. Berkman was still in jail, and the other anarchists were unhappy about the subsequent legislation her reputation inspired. The “Anarchist Exclusion Act” (passed by Congress, and approved by Teddy, who didn’t want to be a veritable shadow of his predeccessor) made questioning immigrants and subsequently excluding them based on their political beliefs (if they were an anarchist) admissable. It was highly controversial, and secularist Emma called in Clarence Darrow to argue in front of the Supreme Court on the anarchists behalf (though the Bill of Rights was not seen to apply to immigrants, allowing the questionings). 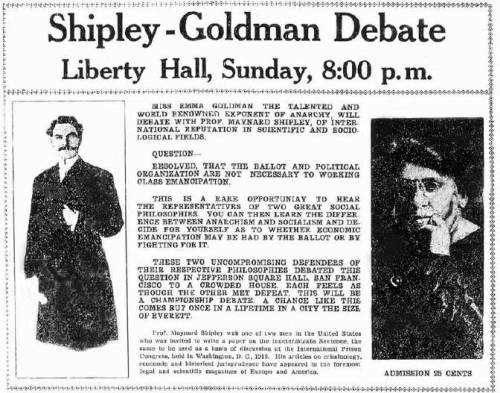 But since she was already in the U.S., besides being in and out of jail like a bird on a cuckoo clock, Emma was safe. It was at this time she published what was one of the most liberal pamphlets of the time, Mother Earth, probably the first female anarchist publication (talk about niche). She continued to agitate for anarchism, and added access to birth control, and the folly of conscription to her list of causes. She was jailed several times for her birth control speeches (the Comstock laws deemed such material obscene and lewd) and later, her “conspiracy to induce people not to register.”

Still, despite all that, it wasn’t until after WWI, with the dangers past and industrialism slowing that Emma was bested. In the Red Scare of the early 20s, she was deported back to Russia. She spent the following years across Europe, always speaking, writing her biography, gaining (and losing) followers. She was able to live among anarchists in the Spanish Civil War, which she wrote about fondly. She died shortly after WW2 at the age of 70 from a series of strokes, which left her partially paralyzed and unable (ironically) to speak. 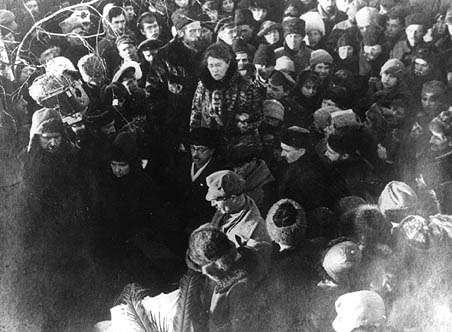 In some ways, she was ahead of the time. In others, she is still ahead of the time, and in the rest, there may not be a time. But among women, regardless of her vision, there have been few such vocal visionaries in the 20th century.