One of my favorite areas I discovered in London is Shoreditch. What became a constant hangout started by chance; I wanted a bagel shop. Now, London differs from New York in a lot of good ways, but ranking the top of the list as to London’s deficits is this city’s dearth of bagels. However, despite the inability to locate a single bagel shop on any given street, Shoreditch, specifically Brick Lane, hosts a whopping two bagel shops almost next door. Arriving at them is like a pilgrimage. If you start at the beginning of Brick Lane (and don’t take the much more practical route through Bishopsgate), you have to battle through about a half mile of very enthusiastic resteraunters vying to lure you into their pan-Asian establishments. About the time you reach a very sketchy bridge, the restaurants begin to be replaced by bookshops and coffee shops; it’s then you find yourself in the middle of hipsterdom. You must cooly continue past all the overpriced Americanos in their minimalistic surroundings and proceed onwards, but this is the hard part. Hipster central makes way for some of the coolest vintage shops in London. If you want a 15 pence bagel (that’s right, the bagels are criminally cheap), you have to travel onwards. I have to confess I regularly failed.

It was on one such day that I discovered this LOVE Moschino dress. When I arrived home, one of my former Disney colleagues took one look at it and said, “Oh, how cute, it’s Jane!” Hitherto, “safari” had been the only word to come to my mind, but I had to concede she was right. For fun, we started trying to put a “Jane” look together, and somehow, even with my limited wardrobe, I managed to have virtually the whole outfit amongst my belongings. 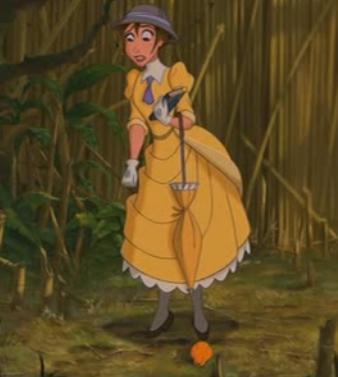 I wanted to visit the Imperial War Museum before I left and thought this would make the perfect ensemble. Little did I know before arrival, the Imperial War Museum is imperial only in name. Nothing there predates WWI. Then again, if we were being truly authentic, there was no way Jane would be showing her knees. So with that, I hope you enjoy my modern interpretation of Jane Porter. 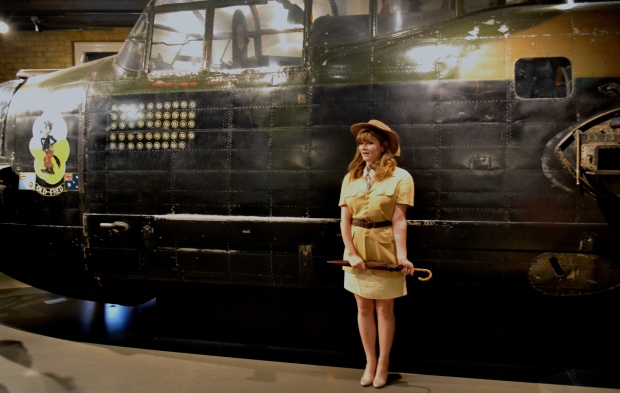 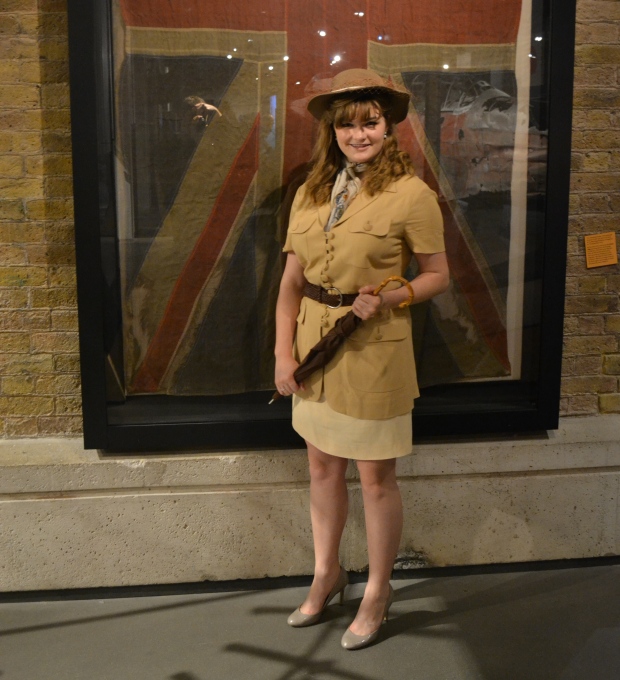