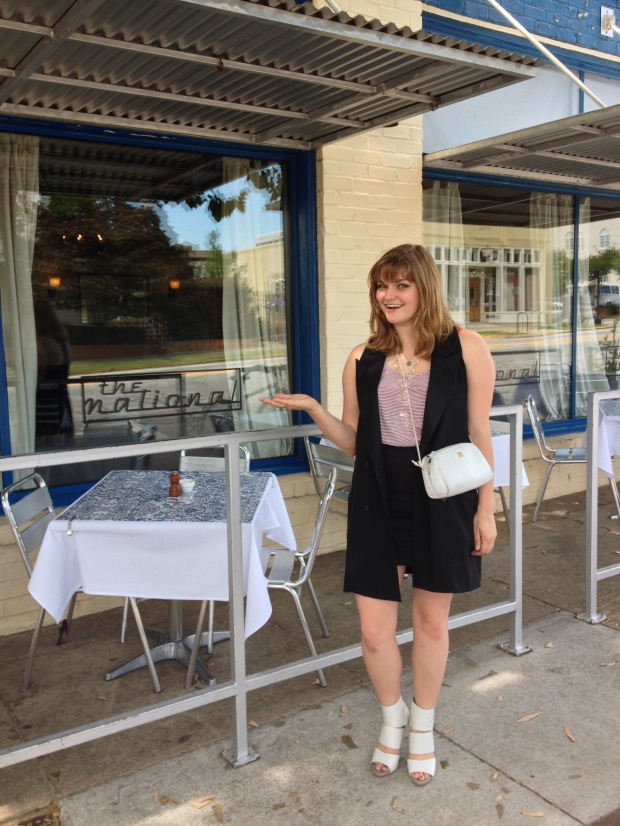 This entry will begin the first on a few from Athens, Georgia- home of my alma mater, aka my stomping grounds for the better part of my coming of age. I say “better” because I don’t think it was until I got to college that I really got in touch with my exploratory side and started looking outside the peripheries of the corners of a book.

Now for those of you who don’t know, Athens is home to the University of Georgia, UGA for short, a bulwark of a research institution that still retains enough Southern charm to call themselves the bulldawgs (notably not bull “dogs”). UGA’s colors are red and black, so I tried to channel that for the spirit of this post, switching between my new Chloe heels and my much-loved Lanvin tuxedo flats + straw hat for walking around downtown. 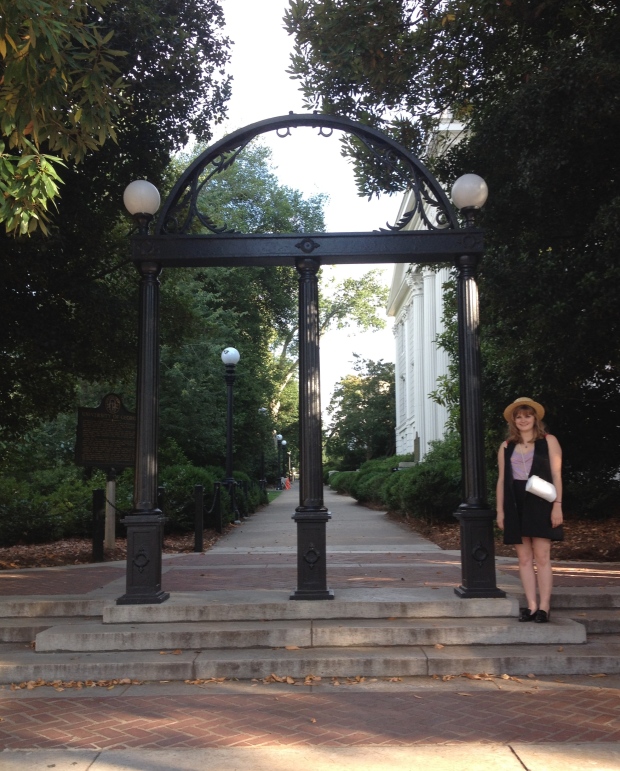 The arch with its three symbolic pillars is a popular image of UGA. Local legend says that if an undergraduate walks under the arch before completing classes, they won’t graduate!

I will be writing a post soon on my favorite hotspots in and around Athens, but I felt the need to specifically spotlight one or two. Now, the nicest restaurant in Athens is probably Hugh Acheson’s Five and Ten. Rumor has it that Atlanta Magazine extends Atanta’s border all the way out to Athens just so they can include this culinary extravaganza on their list of the Top 50 Best Restuarants (where it sits at number 5). But for those of us who don’t expect oysters and caviar on a given Tuesday, I prefer Acheson’s sister restaurant The National for dining.

Specifically, on that Tuesday, The National runs the cutest date night deal. 3-course dinner and a movie at Cine (the fab adjacent indie theater, offering the best selection of films this side of the The Plaza) 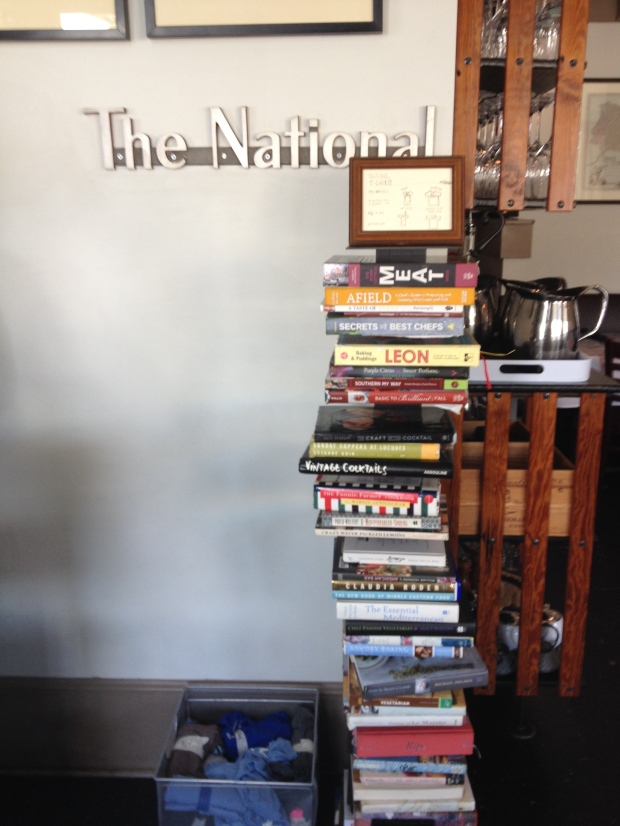 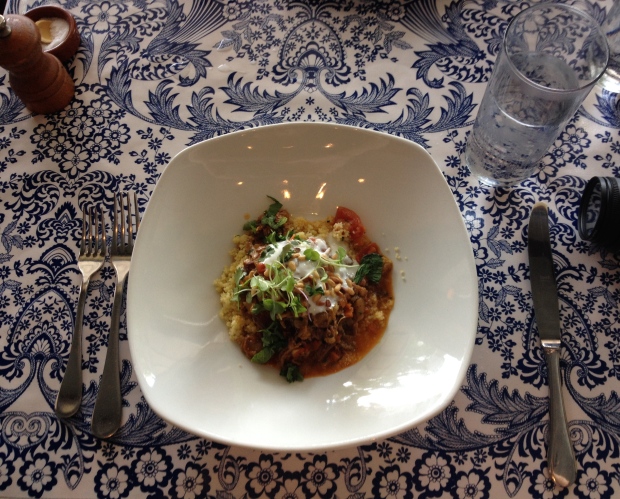 If you’re still looking for that date to walk into your life (or waiting for the movie to begin), you can post up at the National’s bar for libations. Rest assured, a very intentionally-groomed hipster will kindly prove to you that you have no idea what you are talking about and then serve you something delicious that includes simple syrup.

As for outfit details, I tried a twist on the tuxedo look (that all the sudden seems so pervasive), unbuttoning this Haute Hippie dress into a long vest. With it I wore a GAP red and white stripe tank top, vintage Givenchy purse (which goes for about 15 dollars on Ebay), a plain black H&M straight skirt, and some statement business jewelry necklace, that probably made its way into my closet from the clearance section of Kohls. Regarding the dress/ vest, this look went easily from day to night, when I threw on a bandeau and went out Tuxedo chic, as shown below. 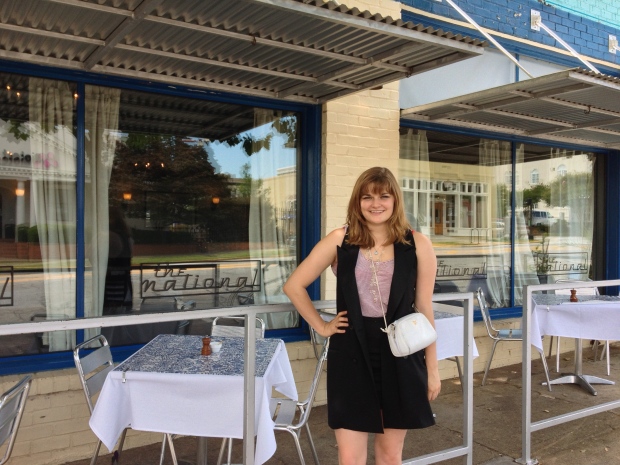 Thanks for reading, and stay tuned for more from Athens!