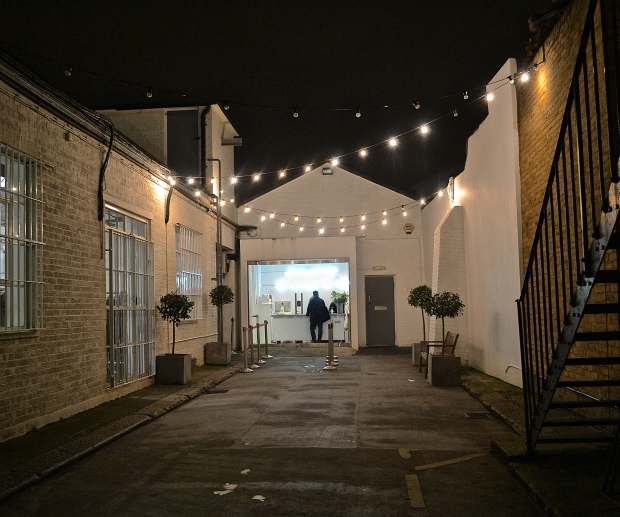 But the event itself was really fun! I had never been to a Sample Sale before, but as you probably know, they are synonymous with heavenly blessings to the average clothes horse. So when I received a last minute invite,  I thought I’d go experience this oft-discussed phenomenon for myself.

On the whole, I was rather surprised. I had expected only a few offerings, all too small for anyone busty, at ridiculously low prices. What I met was a veritable warehouse full of ladies and gentleman shedding layers in a race to try on as fast as possible (without exposing anything) to the open air. There were also racks upon racks of clothes, though not as nicely priced as I had hoped. T-shirts were 30 pounds, and from there it started at 50 for everything else. Sunglasses and accessories bottomed out at 20 pounds, which as far as home currency goes, is still a fantastic price for brand new designer wear. Since the conversion put everything right around 100 dollars, I had a little less luck. Still, it was fun to go and be among the style-hungry men and women caught up in the flurry of a well-tailored sale. While I tried to keep my pictures clear, the one below shows a bit more of the bustle of what it really felt like with people crowding mirrors and trying on handfuls of stuff all at once in front of everyone else. Next week, they are holding a Vanessa Bruno one with vintage handbags– if you’ll be around Shoreditch next weekend, message me below, and I can forward you the invitation information/ code (as I can get in a few people). 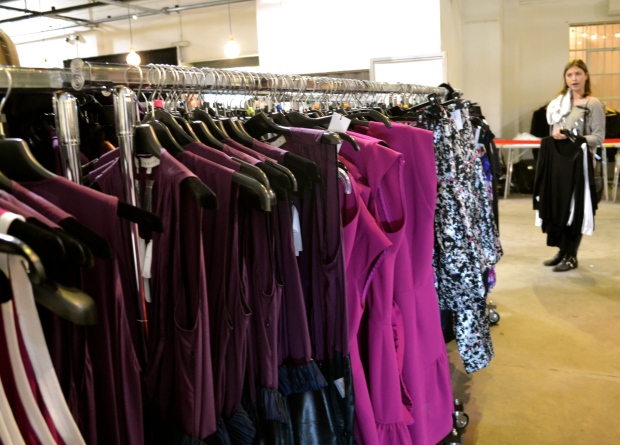